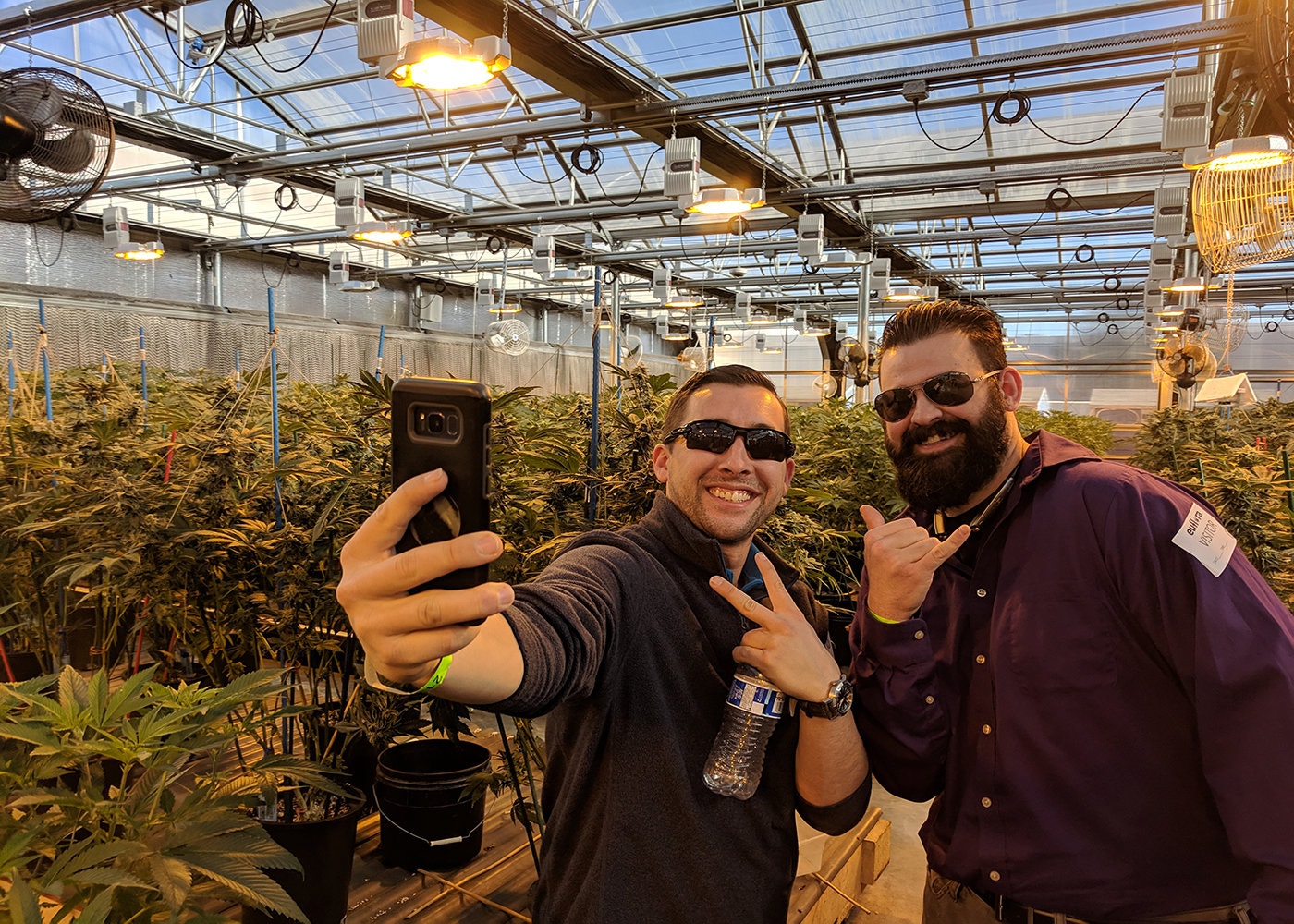 As more states legalize the use of cannabis, entrepreneurs are organizing painting classes, bus tours and other marijuana-infused experiences.

Sam Rosenbaum has Stephen Colbert to thank for his career switch from accountant to cannabis tour operator.

The newly minted M.B.A. was watching an episode of “The Colbert Report” in 2014 when the comedian spoke of a “cannabis green rush” coming to Colorado, which had recently become the first state to legalize recreational marijuana.

“The part about bus tours kind of jumped out at me,” Mr. Rosenbaum, 34, said. “I came up with High 5 Tours and registered it the next week.” It was a prescient move. One year later, when Mr. Rosenbaum’s home state of Oregon voted to legalize cannabis, High 5 Tours was the state’s first cannabis bus tour.Sam Rosenbaum of High 5 Tours.CreditHigh 5 Tours

Mr. Rosenbaum is not alone in his attempts in growing the world of cannabis tourism.

Eleven states in the United States so far have voted to allow people 21 and older to buy regulated amounts of cannabis product for consumption on private property. Sales systems are not yet in place in Michigan and Maine, and in Massachusetts a gradual licensing of dispensaries began last November. In Vermont, as in Washington, D.C., possession, growing and sharing cannabis are legal, but not buying or selling.

Get the Travel Dispatch Newsletter

Every Saturday, get travel tips, destination coverage, photos from all over the world and more.SIGN UP

But in six other states (Alaska, California, Colorado, Nevada, Oregon and Washington), business is booming at cannabis dispensaries and related businesses.

As for cannabis tourism, it is totally hot in Colorado and California and emerging in others. Travel entrepreneurs like Mr. Rosenbaum are organizing marijuana-infused experiences, including painting classes, bus tours and food classes.

In the Mile-High City

The pioneers of cannabis tourism, Colorado Cannabis Tours and My 420 Tours, are in Denver.

The Original Colorado Cannabis Tour includes visits to two dispensaries, after which onboard consumption of purchases is encouraged. Visits to a growing facility and a glass-pipe blowing demonstration round out the $89 bus tour, which lasts precisely four hours and 20 minutes.

Colorado Cannabis Tours is also behind the Puff, Pass & Paint class. Mike Eymer, the company’s chief executive, teamed up with the artist Heidi Keyes to create the first class in 2015. For $49, the tour includes teacher guidance and art supplies, including a canvas to take home. Cannabis is B.Y.O.C. The concept has since spread to other states.

“There are really some amazing paintings that come out of it,” Ms. Keyes said. ”With smoking you’re able to concentrate better. The colors are more vibrant and people are more willing to think outside the box.”

My 420 Tours offers the Blaze & Gaze Graffiti Walking Tour ($29), a post-consumption 2.5-mile walking tour of Denver’s RiNo Art District, and the Sushi & Joint Rolling Class ($79). “It’s our plan to copy and paste this model across the country,” said Danny Schaefer, the chief executive of My 420 Tours.

Heavy on the Regulations

California has also rolled out the green carpet for tourists. West Coast Cannabis Tours, in San Diego, offers various tours and classes, including an exclusive tour of a 32,000-square foot growing facility ($99). Todd Green, who started the company when only medical marijuana was legal, said, “Now that it’s recreational, people are coming out of the woodwork.”

But regulations abound, especially for bus tours. In Colorado, Oregon and California, passengers on tour buses are allowed to consume what they have just purchased at cannabis dispensaries, which is almost every tour’s first stop. However, in Washington and Nevada, laws prohibiting smoking in moving vehicles limit operators to tours that are strictly educational. Seattle Kush Tours, for example, offers a three-and-a half-hour tour for $99 that informs passengers about the new industry through stops at a dispensary, a growing site and a glass-pipe blowing demonstration. State law also prohibits the use of cannabis in a Seattle cannabis cooking class. Hemp is the substitute.A Puff, Pass and Paint class.CreditCannabis Tours and Puff Pass and Paint

In Las Vegas, Matthew Miner, the chief executive of Herbology Tours, offers for $109 a daily three-hour Herbology 101 tour. Well-informed guides share literature and knowledge during stops at a dispensary, a kitchen where cannabis edibles are made, and even a cannabis art museum, Cannabition, which it says features the world’s largest bong. “It’s a really cool experience, within limitations, because we can’t smoke at any lounges … yet,” he says.

West Hollywood, as well as some cities in the San Francisco Bay Area, have circumvented state restrictions by allowing cannabis social clubs or consumption lounges. Alaska will soon be the first state permitting consumption lounges attached to dispensaries. And in late May, Colorado’s governor signed a bill allowing cannabis “hospitality spaces” at dispensaries and at B.Y.O.C. clubs.

The lack of smoking lounges has been a frustrating issue for Mitchell Knottingham, who owns Juneau Cannabis Tours in Alaska but has yet to launch his first tour. Mr. Knottingham said he got involved in things early in order to be ready when lounge approval came around. That may happen as early as mid-July.

And in Portland, Mr. Rosenbaum’s bright yellow High Five Toursbus takes off every day at 6 p.m. on a dispensary tour ($79) that includes stops at food carts and a brewery. Every Friday, following the tour of the Columbia River Gorge ($89), he treats his passengers to ice cream sandwiches. It’s been more than two years since he worked as an accountant. He hasn’t looked back.

This article originally appeared on nytimes.com